For Sale - One Bedroom Executive Flat - Lagos (NGN37m)
✅ NEW - car park, swimming pool, 24 hours light/security and more.
Ad
The All Progressives Congress, some Senior Advocates of Nigeria including Olisa Agbakoba, Yusuf Ali and Niyi Akintola, have called for the removal of the Inspector General of Police, Mr. Suleiman Abba, over his refusal to acknowledge Alhaji Aminu Tambuwal as the Speaker of the House of Representatives.

In a statement by its National Publicity Secretary, Alhaji Lai Mohammed, the APC said Abba had shown that he was ‘partisan’ and would not be able to ensure a free and fair election next year.

“‘Abba is presiding over perhaps the most-partisan police force ever in the history of our nation. He has thrown professionalism, neutrality and fairness to the winds and made the police a willing tool in the hands of a frenzied executive. He cannot be trusted to ensure a level-playing field for all parties at the next general elections, hence he should be removed immediately.”

“By refusing to recognise Tambuwal as the Speaker, the IG has also indicated he does not recognise the entire House of Representatives. For a man who was not elected by anybody to make this impertinent assertion about elected representatives of the people is tantamount to treason.

“Abba has shunned all pretences to neutrality, professionalism and decency and he is no longer fit to occupy the important office of the IG.”

The APC alleged that Abba was acting the script of the Presidency in trying to unlawfully remove a duly-elected Speaker of the House of Representatives.

The APC said, “Shortly after the incident, the Police spokesman, Emmanuel Ojukwu, said the police acted the way it did because it got intelligence report that ‘’hoodlums and thugs’’ were coming to invade the House.

“Now, Abba said it was because Governor Rotimi Amaechi of Rivers State and the APC were coming to invade the House. This is a most shameful lie from the highest police officer in the land, and it is a terrible dent on the image of the police under Abba.

“One wonders why the police were so concerned about the security of the National Assembly that it engaged in selective granting of passage to the principal officers of the Assembly. The Senate President was allowed to enter without qualms, just like the Deputy Speaker of the House of Representatives. But when the Speaker came, he was locked out. That speaks volumes about the intention of the police.”

Reacting, Akintola (SAN), said the IG erred by saying that it was wrong to recognise Tambuwal as the Speaker, on the excuse that the matter was in court.

“So to me, it is not even Tambuwal that is affected and it is very unfortunate because I would have expected that by now members of the National Assembly should have relieved him of that position. The IG is simply not mature enough to lead an organisation like the Police. All Nigerians should rise up against the impunity of this man called Abba.”

He added that the issue was not about Tambuwal but about democracy.

“And I am of the opinion that members of the National Assembly should rise up to the occasion and the man should be sacked, anything short of that, they should all go back to their respective homes until the man resigns,” Akintola added.

Also, Yusuf Ali, (SAN), said though both the Nigeria Police and the IG were supposed to be insulated from politics, Abba had demonstrated beyond any doubt that he was partisan.

“For whoever is the occupant of that office to be partisan, it is dangerous for our democracy. And that is part of the problems that we have in this country, we don’t have institutions. We only have government departments and loyalists, not to Nigerians but to individuals in government.

“It is quite unfortunate that the number one police officer in this country took it upon himself to assume the position of the court of law that pronounces the seat of the Speaker vacant and it is even more disappointing and pathetic that he is a lawyer, who is expected to know better.

For Agbakoba, the IG was wrong because the court had to pronounce the question of the Speaker’s resignation and until the court makes that pronouncement, clearly the Speaker would be entitled to be addressed as the Speaker.

“The IG was also wrong to have caused the raid of the National Assembly, so I think altogether, the IG has been acting as if he is politically-motivated and it is very dangerous. The IG was wrong to say he could not recognise the Speaker because the matter is in court.” 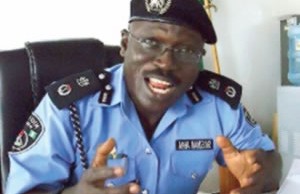 Hi, there's a nice discussion on this on Facebook https://www.facebook.com/nigerianbulletindotcom