Curators
Ekiti State Governor, Mr Ayodele Fayose, has splashed car and cash gifts on teachers in the state as they marked their day at a colourful ceremony in Ado-Ekiti, the state capital.

Apart from donating the sum of N50 million to the teachers, he also promised that the schools that produce the best teachers at primary and secondary school levels would be rewarded by the state government.

Fayose, who also said the state would soon convey a Parents’ Summit to sensitise parents on their roles as critical stakeholders in the sector, profusely thanked the teachers for their efforts and support and urged them to do more.

His words: “I am the happiest person today. I really appreciate the teachers for your efforts. The most valuable investment is in education.”

“You don’t need to be a professor to know that you must take good care of teachers. They are the ones moulding the character of our children. Our young ones spend more time with them too.

“If I did not win in 2014 they would have sacked most of you, but thank God I won and we are here today celebrating your day. We will continue to enhance your performance by training and re-training you the modern day way.‎

Fayose urged parents to take good care of their children and warned that they must not make their kids spend after school hours hawking. 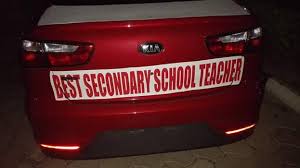 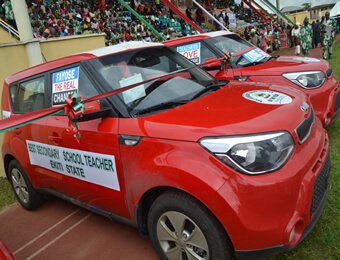 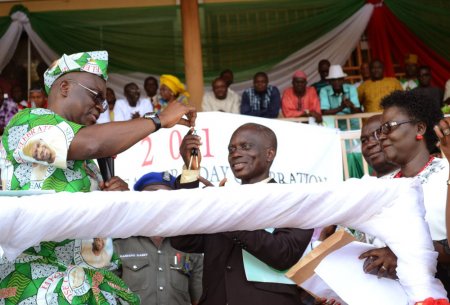 Politics I will complete, deliver all ongoing projects in Ekiti before leaving office- Gov. Fayose – BusinessDay