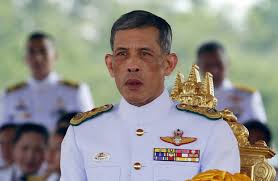 His ascension to the throne marks the beginning of a new era in Thai history after the 70-year reign of his late father, Bhumibol Adulyadej, who died in October.

VOA reports that the new monarch will be known as His Majesty King Maha Vajiralongkorn Bodindradebayavarangkun, and will be Thailand’s 10th king of the Chakri Dynasty.
You must log in or register to reply here.

Entertainment They wonât tell you they were present and aware of the ‘audio signing’ – Peruzzi fires back at his former boss, King Patrick – Linda Ikeji’s Blog

A
World Thailand King is Dead