For Sale - One Bedroom Executive Flat - Lagos (NGN37m)
✅ NEW - car park, swimming pool, 24 hours light/security and more.
Ad
President of UEFA, Michel Platini has demanded for an apology from the Confederation of African Football(CAF) over claims that he was interfering in the continent's affairs.

CAF on Wednesday, issued a statement warning Platini to stay off its matters, following the comments he made about postponing the 2015 African Nations Cup.

However, Platini has disputed such claims, adding that his comments have been misinterpreted.

“At no point did I interfere in any way in the affairs of the CAF, and at no point did I call for or support the postponement of the forthcoming Africa Cup of Nations,” Platini said.

“It is for Mr Hayatou to decide on the question of postponement. Public health has to take priority, but it is up to them to decide what to do.”

CAF has insisted that they will not be issuing any apologies to the UEFA president. 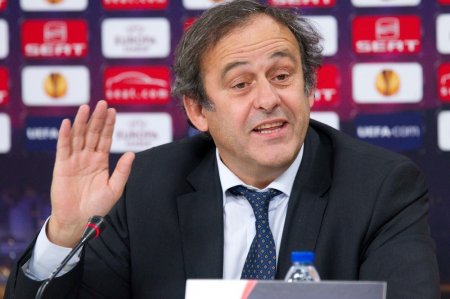 B
Sports Tunisia says they have no apologies for CAF