This is contained in a statement signed by Malam Sani Umar, Senior Special Assistant to Wamakko on Media, in Sokoto on Thursday.

According to the statement, the appointment is contained in a Royal Decree No. 9891 issued by the authorities of the Kingdom of Saudi Arabia and dated Jan.17, 2014.

It said that the league was founded in 1962 in the Holy City of Makkah and it was one of the largest and foremost Islamic organisations in the world.

According to the statement, the league has 36 satellite offices in five continents.

"Its primary functions are missionary activities toward the propagation of Islamic religion and facilitation of interfaith harmony.

"The league has an observer status in the United Nations," the statement said.

It stated that Wamakko's appointment was contained in a letter No. GEN./7/2/2012 delivered by the Ambassador of the Royal Embassy of Saudi Arabia, Mr Foud Abdul-Aziz.

The statement also said that Wamakko's appointment into the highly esteemed league was in recognition of his immense commitment to the cause of Islam. 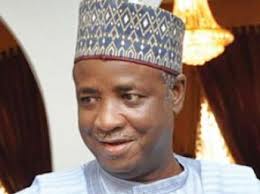