For Sale - One Bedroom Executive Flat - Lagos (NGN37m)
✅ NEW - car park, swimming pool, 24 hours light/security and more.
Ad
What could have pushed Adesoji Adediran, a 500 level student of the department of Urban and Regional Planning, Ladoke Akintola University of Technology, Ogbomosho, Oyo State to commit suicide by hanging himself in his room in his hostel over the weekend?

According to his friends, the deceased was found dead at about 5.30 am on Saturday, March 18th. His roommates who had gone to read in their class over the night, returned to their room to find his body dangling from the ceiling. 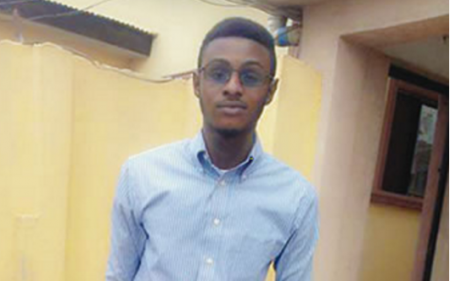 The school authorities informed the police and his remains was evacuated and deposited at the state mortuary.

The parents of the deceased, who were later informed, reportedly asked that the case should not be pursued and that his classmates should also not hold a candle light procession for him as they want him to rest in peace.

Confirming the incident, the Oyo State Police Public Relations Officer, DSP Ajisebutu Adekunle, said an autopsy would be carried out on the remains of the deceased.