An explosion ripped through a demonstration of hundreds of people in Afghanistan's capital of Kabul on Saturday afternoon, killing at least 31 people and injuring more than 160, according to Ismail Kawoosi, a spokesman for the Afghan Health Ministry.

The blast happened where hundreds of people had gathered for a demonstration by the Hazara minority near the Afghan Parliament building and Kabul University. 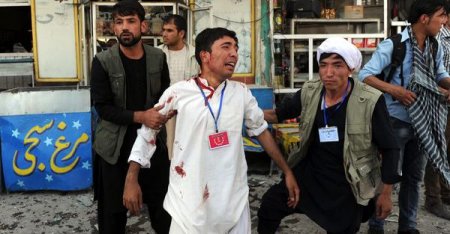 According to CNN, no immediate claim of responsibility was made.