The first blood test to diagnose major depression in adults has been developed by Northwestern Medicine® scientists, a breakthrough approach that provides the first objective, scientific diagnosis for depression. The test identifies depression by measuring the levels of nine RNA blood markers. RNA molecules are the messengers that interpret the DNA genetic code and carry out its instructions.

The blood test also predicts who will benefit from cognitive behavioral therapy based on the behavior of some of the markers. This will provide the opportunity for more effective, individualized therapy for people with depression.

In addition, the test showed the biological effects of cognitive behavioral therapy, the first measurable, blood-based evidence of the therapy’s success. The levels of markers changed in patients who had the therapy for 18 weeks and were no longer depressed. 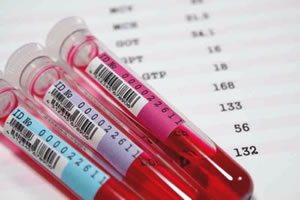 7 Facts You Need To Know About Tuberculosis

7 Facts You Need To Know About Tuberculosis

A
Entertainment Chimamanda Adichie :15 Ways To Raise a Feminist Daughter