FREE Nigerian Business Directory
✅ NEW - get your business listed and your information shared across social media.
Ad
Popular Nigerian lawyer, Festus Keyamo has come out to clear the air on the legal implications of the President receiving the cars.

Keyamo, who said via his twitter handle that “The Law on the entitlements of former Heads of State says they're entitled to 3 cars each to be changed by the federal government every 4 years and other benefits.” 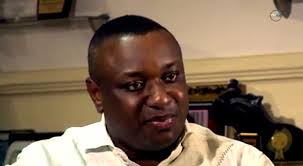 “The cars given to former Heads of State are properties of the federal government as they must be returned and replaced every 4 years. They can't be declared as gifts.”

“The law did not say which office of the Federal Government caters for ex-Presidents. But, I know it's illegal for the office of the National Security Adviser to pick the bills of a political party,” he said.

Festus Keyamo is a Nigerian lawyer, human right activist, social commentator and columnist.
Last edited: Dec 17, 2015
You must log in or register to reply here.

Politics 2019: Atiku must run on his record of public office not questionable private businesses- Keyamo – BusinessDay