FREE Nigerian Business Directory
✅ NEW - get your business listed and your information shared across social media.
Ad
An activist, Mr. Mohamed Al-Dosogy, is in trouble for attempting to dump Islam for atheism in Sudan.

He was arrested last Monday, two days after he requested a judge to allow him to change his religion to atheism, a move that was tantamount to renouncing his faith. 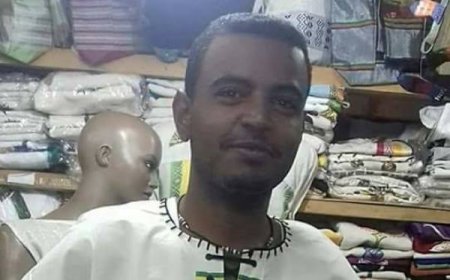 However, a judge on Thursday issued a decision dismissing the case and ordering his release.

The judge said the defendant had been examined by a psychiatric and it was determined that he is mentally incompetent to stand trial.

However, the defense team on Friday rejected the decision, saying the defendant never asked the court to submit him to a psychiatric test.

The case has attracted social media comments as Reem‏ @ReemWrites tweeted “ If Ahmed Al-Desouqi’s case goes to court, he will face the death penalty under article 126 of the criminal act (on Apostasy)
J

ISLAM is not a religion, they're all terrorist, either you belong to them or you die
J

Well It is a religion that support death

The psychiatric result was just a way to rescue his life. He's really lucky
D

Is there no longer freedom of religion?
D

john oyekunle said:
Another violation of the fundamental human rights of citizen freedom of religion
Click to expand...

My gullible human rights enthusiasts, before you go cursing the religion (mind you, your own bible has the same punishment, but you don't follow that anymore ofcourse) This is an act. The man goes to a judge and ask his ID be changed to atheist knowing what a controversy that would cause. His defense team are complaining that the judge let him go (odd) !! The same would happen in Nigeria, same (religious) laws whether christian, Muslim or jew.