Business Nigeria to Sell N110Bn Worth of Bonds

For Sale - One Bedroom Executive Flat - Lagos (NGN37m)
✅ NEW - car park, swimming pool, 24 hours light/security and more.
Ad
The Debt Management Office (DMO) says it will raise N110 billion worth of bonds in three categories on August 17, its first foray into the market since 2013.

The DMO said this in its August “Bond Circular” posted on its website on Wednesday.

According to the DMO, the three categories of bonds include a 20-year bond, a 10-year bond and a five-year bond.

The statement said the three categories of bonds would mature in March 2036, January 2026 and July 2021, respectively. 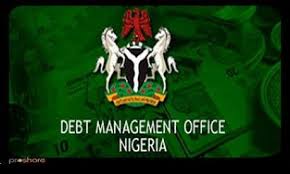 The DMO said the three categories of bonds would have different coupon rates of 12.40 per cent, 12.50 per cent and 14.50 per cent, respectively.

It said all the bonds would be ‘re-opening’, while the settlement date would be on Aug 19.

Nigeria’s dollar-denominated bonds have returned 1.9 percent this quarter, compared with the 4.7 percent average return of dollar debt in sub-Saharan Africa, according to data compiled by Bloomberg.

Business DMO to auction N145bn worth of bonds, July 24 – Newtelegraph