The company made the announcement via the Nigerian Stock Exchange website on Thursday that Mr. Vervelde would take up a new role within the Heineken group outside Nigeria.

“In anticipation of that and preparation to take up a new appointment, Mr. Vervelde submitted a letter of resignation, from the Board and the company, to the Board of Directors (“the board”) at the Board Meeting held yesterday, the 3rd of May, 2017,” said Uaboi Agbebaku, the legal adviser to Nigerian Breweries largely owned by the Dutch beer maker, Heineken. 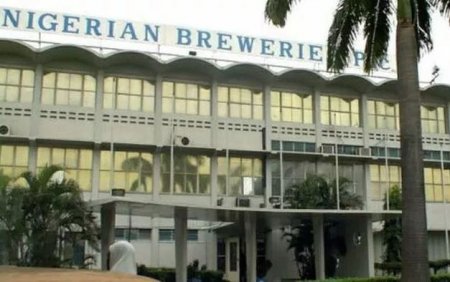 Mr. Ververlde joined the company in August 2010 as Managing Director, and until his resignation on Wednesday, served as the company’s Chief Executive Officer.

According to Mr. Agbebaku, the company recorded several milestones when Mr. Ververlde led its operations, leading to acquisition of additional breweries.

“The Board has immediately commenced the process of identifying a replacement for Mr. Vervelde and will make an announcement in that regard in due course,” Mr. Agbebaku said.

Business Ernest Ndukwe steps down from Access Bank’s board – Nairametrics