President Muhammadu Buhari has said Nigerian migrants in dire straits in Libya will be identified and evacuated in the wake of global condemnation of the sale of African refugees into slavery in Libya.

The president, during an interaction with the Nigerian community in Abidjan, Cote d’Ivoire on Tuesday, said his administration will make the country conducive to discourage the youth from risking their lives.

“In the interview some of you saw, some of the Nigerians said they were being sold like goats for few dollars for years in Libya. Now after 43 years of Gaddafi where he recruited so many people from the Sahel including Nigeria and so on, all they learnt was how to shoot and kill,” he said.

“They didn’t learn to become electricians, plumbers or any other trade. So, when the Libyans stood against their leader those who are not their people, they chased them out. A lot of them came back home with their workers, some of them participated in Boko Haram and become part of Boko Haram.

“So, I’m telling you that our major problem as we have identified is still the security of the country. 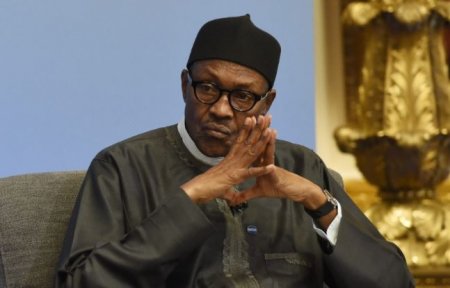 We have done much better everybody is saying it.

“We are doing our best and the leadership at all levels are doing their best and the problem we are having with those who are being indoctrinated and are hurting our people, blowing up people in mosques, churches, marketplaces, motor parks, this is absolute madness.

“Whenever Nigerians are identified especially in Libya and so on, we hope to evacuate them back home and then rehabilitate them because the indoctrination is what is happening with the Boko Haram where girls will strap themselves mostly from the ages of 15 downwards and go to the market blow themselves up and anybody around in motor parks, mosques, churches and so on.”