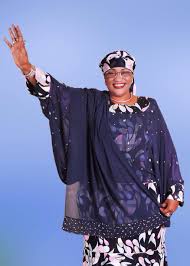 The PDP said Adamu’s acceptance of last Saturday’s tribunal judgement which was in favour of Aisha Jummai Alhassan of the All Progressive Congress (APC) was a conspiracy against the interest of the PDP.

The working committee resolved that Mr Adamu comments in favour of APC has caused people Democratic Party great embarrassment and therefore expelled him from the party.

Adamu had told newsmen in Jalingo that people of the state should accept the verdict and cooperate with the winner in the interest of the state, Daily Trust reports.

I think by now we all understand how PDP Do things, what do they expect from Adamu? Clearly his acceptance was to avert the unknown, because he knows the poor are the only ones who will suffer the consequences should any case of violence arise.