A small group defied a three-day Ebola lockdown to attack a team burying Ebola victims in Sierra Leone's capital on Saturday, a member of parliament said.

Residents have mostly complied with the measures announced by President Ernest Bai Koroma earlier this week. On the second day of the lockdown, the streets were mostly deserted, except for ambulances and police vehicles.

The attack on the burial team on Saturday occurred in the village of Matainkay, some three miles from the Waterloo district of Freetown.

The police Local Unit Commander in the area, Superintendent Mustapha Kamara said he sent reinforcement to the village "after some youths attempted to disrupt the burial". He told Reuters that he has now instructed that the burial team must inform them to provide a stronger presence.

Ebola has infected at least 5,357 people in West Africa this year, mainly in Sierra Leone, Guinea and Liberia, killing 2,630 of those, according to the World Health Organisation. More than 562 people have died in Sierra Leone. 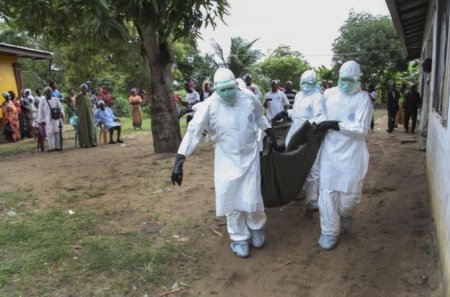