Addressing officers and men of the 72 Special Force Battalion in Makurdi, Benue State, the army chief said: “We have a task to end Boko Haram once and for all. We must accomplish the task soon as your colleagues in the North-east are doing very well”. He also warned soldiers against molesting innocent civilians in their host communities. 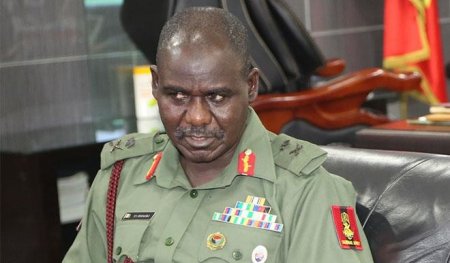 He said his visit to Makurdi was to obtain first hand information on challenges facing the army in the state, and urged them not to relent in maintaining good relations as issues of accommodation and transportation among others were being handled from the headquarters.

Politics Nigeria Army Chief Buratai: Yes, Boko Haram is in Lagos, but we are tracking and arresting them - Arise TV