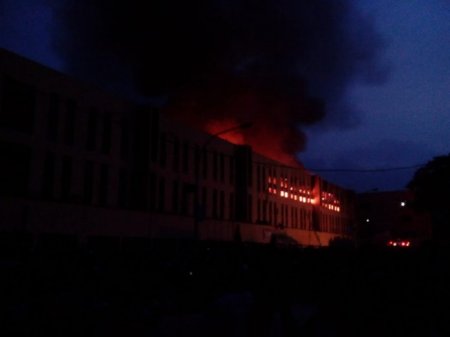 The inferno which broke out at the wee hours of the day, consumed properties belonging to the female students. It is understood that no life was lost in the incident.

Men from the Fire Service eventually arrived and put out the fire.

However, authorities have decided to put all examinations and lectures on hold.

“By this notice, all examinations and lectures, especially scheduled for today (Wednesday) have been put on hold while the College attends to the exigency,” a statement by Dr. Charles Oni, YABATECH spokesman, said

“The Management regrets the misguided and outright falsehood on the social media and calls to certain radio stations that there was no water on campus to quell the fire.

“The truth is that firemen needed an excavator to attend to the fire, which the College provided promptly.

“Meanwhile, the Rector, Dr. Margaret Ladipo, has called on the College community to remain calm as the Management finds ways to soothe the pains inflicted by the accident.”

Sep 6, 2016
ProfRem
P
M
A Nation On The Edge: Which Way Nigeria? By Olusegun Adeniyi