Ngilari's swearing in follows an earlier decision by a federal court in Abuja.

Meanwhile, the Independent National Electoral Commission, INEC is yet to issue an official statement on the cancellation of the Adamawa Governorship by-election. Also, hearing on Nyako's suit challenging his impeachment comes up tomorrow, October 8. 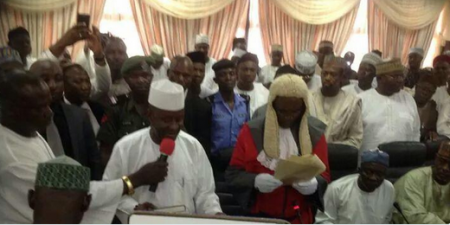