FREE Nigerian Business Directory
✅ NEW - get your business listed and your information shared across social media.
Ad
Chief of Army Staff, Lt. Gen. Tukur Buratai, has opened up on the swap of Boko Haram prisoners to secure the release of the second batch of 82 abducted Chibok schoolgirls. 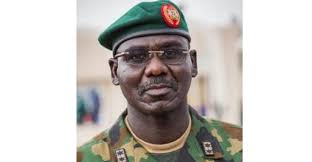 Featuring on BBC Programme, Hard Talk on Tuesday, the Army Chief said, ''As far as I am concerned, we performed our own role for the safe passage of the abducted Chibok girls.

“The Boko Haram terrorists’ swap for the Chibok schoolgirls was a political decision, not a military decision. It is in the best interest of the nation and based on the circumstances, the government felt it was the best course.

“Personally, I think it has its own advantages; the message is to rescue the Chibok girls.